Demystifying Valuation: What Is My Tech Company Worth? 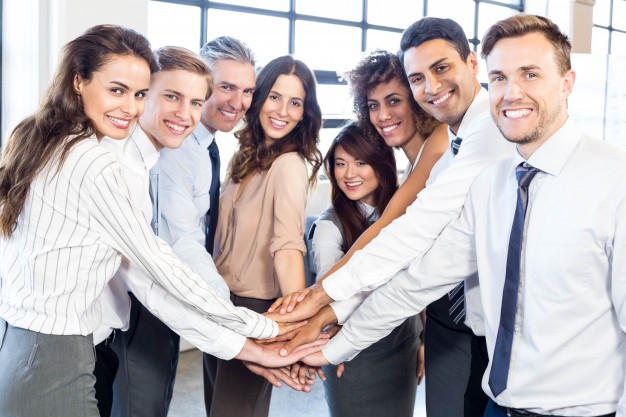 There are at least 12 different ways of assigning a valuation to a company. In simple, common-sense terms, what are these 12 methods?

1.    Your revenue. Not the best for early-stage startups, but after a company has been in business for a few years and has a stable customer base, an investor might buy a company at a multiple of 2, 4, 8, or even 16 (depending upon how lucky you get and how optimistic your investor is about your company’s future).

2.    Your competitors. What are their valuations? What will other investors pay for a similar buy? It gives many investors comfort to follow a precedent, which then can lower their risk if they want to “flip” the company down the line—there’s a price that the market has already set.

3.    The “acqui-hire”. This is common among Google and other large tech players. When you buy a startup, you might actually be more interested in the TALENT that created the widget rather than the widget itself. These companies make the calculation of how much the talent is worth to them from an HR analytics perspective. Truly great engineers are hard to find.

4.    Your assets. What is the hard value of the “stuff” that you have? This can include your commercial office space, your office furniture, your mailing lists, hardware, and even computer programs. Sometimes an asset valuation can add up to a rather high number!

5.    Your IP. This is similar to assets, but for a tech company, I put this in its own category. There might not be anything “physical” to value. IP can range from a scientific discovery to a fully built-out prototype. It is one of the most difficult things to value without a precedent or other metrics (such as revenue) to validate the valuation. Investors usually take on the most risk in such valuations, but stand to hit a goldmine in so doing.

6.    Your followers (or market reach). Think Twitter. Even before you make a penny, you’re worth a billion dollars. How does it happen? You’ve got access to a consumer market consisting of hundreds of millions of users. It’s just waiting to be monetized upon. Hence, the billion-dollar valuation.

7.    Build or buy? Companies with large R&D resources can look at your company and estimate the cost for them to internally build your solution. Sometimes it’s easier for a company like IBM to buy your tech rather than expending the resources to build it internally…plus, you’ve already developed it, which puts IBM ahead of game…rather than needing to spend another 3-5 years in development mode!

8.    The strategic play. This is perhaps the “holy grail” of all negotiations. What is it worth to your counterparty? If they don’t have your solution, how much money do they stand to lose over not having this competitive advantage…and having it go to a competitor? You’ll generally need an inside scoop on your counterparty’s internal metrics on how they make (and lose) money. A strategic acquisition can put your company’s valuation into the stratosphere…but is also the rarest to execute.

9.    “Founder’s fatigue” valuation. Hardly anybody talks about this, but it’s all too common that after several years of sleepless nights, financial stress and worry, family and marriage pressures, revenues bouncing around like a pinball, and having to eat Ramen noodles, the founders get, frankly, tired. It’s a natural part of a true lean startup experience, no matter how great the product is. Even Reid Hoffman, the founder of LinkedIn, had his “throw in the towel” moments. That’s where the founders have to make a lifestyle evaluation and see if it’s better to just sell at some acceptable price point that will enable them to walk away with what they need after years of hard work. I don’t call this a defeat: it’s a reality, and it can be a triumph when that moment of sale arrives.

10. The “gut feeling” valuation. You see this a lot at the seed and angel investor stage. The founder doesn’t have a product…nor a prototype…but just a dream and a great pitch. Maybe a few statistics in there to sweeten the pot. An investor may use his or her intuition/prior experience to gauge the value of what could be a real unicorn if executed properly.

11. The “previous valuation” valuation. You’ve had seed investors, angel investors, series A, series B. By now, your equity is diluted down to 15% ownership (if that), and the investors want their money. So the valuation is pretty much set…by the investors who have invested before, based upon the returns that they want out of an acquisition.

12. The “market” valuation. What are they willing to pay for it? You might get a lot more money just because you’re in a “sexy” tech field where everybody wants in. Or you might get less money on your company (despite its intrinsic worth) because people might think it’s risky or will take too long to monetize upon. There can be a “mark up” or a “mark down” depending upon whether you’re in a recession or whether Trump gets re-elected or a variety of other reasons that have nothing to do with you. It’s the timing and market dynamics influencing the valuation of your company.

The most common valuation is some combination of the above 12 methods. Investors and buyers will evaluate the “value” of your team, your product’s relevancy and future trajectory in the market, the competitive value, and, most importantly, the revenue potential and profit margin in, say, 3-8 years. It’s your job to negotiate a valuation that balances the investor’s need for returns with your needs as a founder, whether that involves gaining liquidity, company growth, or exiting onto your next great venture!

About the Author: Ria Persad studied mathematics and physics at Harvard, Princeton, and Cambridge Universities and is a Fellow of the Cambridge Commonwealth Society. Her experience in scientific modeling began at Lawrence Livermore National Lab’s Supercomputer Center in 1991. Persad was a Space Scientist at NASA and a mathematician at Bell Geospace. She served as an IT consultant at Lehman Brothers, an algorithmic consultant to Goldman Sachs, and a quantitative analyst on the trading floors of Enron and Duke Energy. For 8 years, she modeled complex systems for the U.S. Space Program and is an innovative Subject Matter Expert in Big Data and Statistics. Persad is the Founding CEO/Inventor of StatWeather, whose Artificial Intelligence system was ranked the #1 Climate Risk Technology in the world in 2017 and the #1 Data Provider globally in 2015 by Energy Risk. Persad received Citations from the U.S. Secretary of Energy and the U.S. Senate on Scientific Achievement. She was recognized by Platts Global Energy Awards as one of the top 7 leaders globally for Lifetime Achievement and as the International Power-Gen and Renewable Energy Woman of the Year. She also serves as the President of the European Chamber of Digital Commerce where she advises tech entrepreneurs.