The Environment is the Key to the Economy 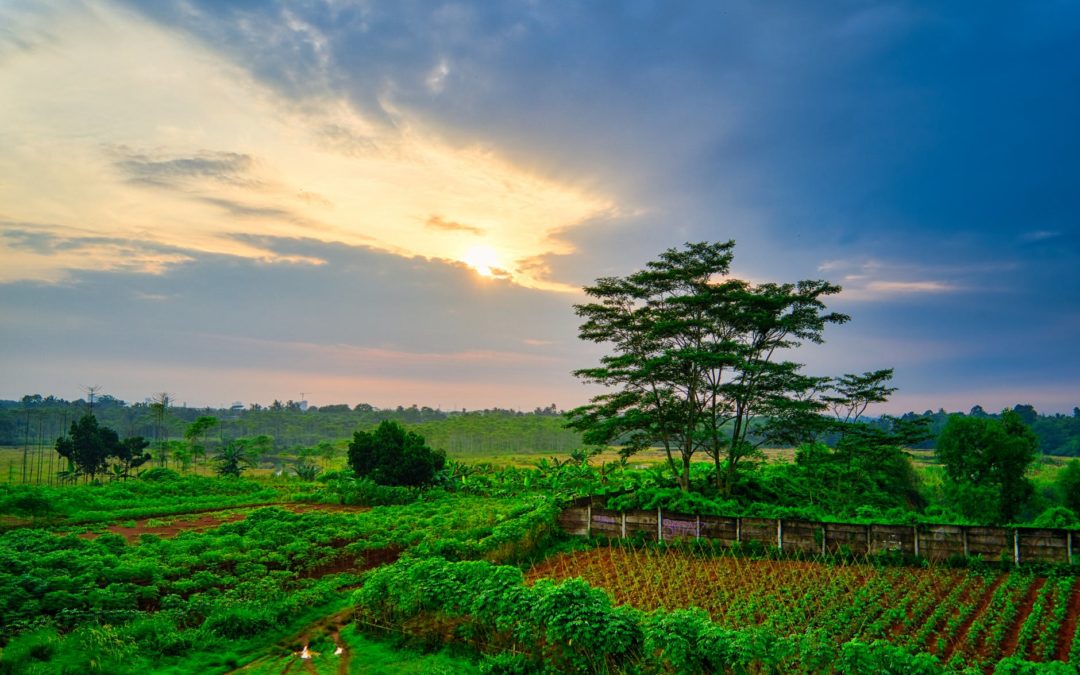 Several years ago, I visited my relatives in the countryside of Trinidad and Tobago. My grandparents settled there in the 1930’s under British colonization. My grandmother, now 97, explained to me what life was like at a time when she had no money, no job, no food, no education, and nobody to help. It was an eye-opener.

As a teenager, she looked out on a desolate field and thought, “I don’t ever want my (future) children to go hungry like how I’m hungry.” She scrounged together some garbage scraps and planted anything from mango pits to sesame seeds. Today, grandmother has fed 3 generations of 20 family members over the past 80 years from this field. My uncles built several beautiful houses using the resources of that land. We collect rainwater to drink, my aunts make clothes and cook, and grandmother still tills the field, even at 97.

For thousands of years, people like my grandmother managed to survive without the help of government, “money” (fiat currency), corporate “jobs”, electronics, or fossil fuel. Yet they were fed, clothed, sheltered, had fewer diseases and lived longer (many of my ancestors past the age of 95). Their children had inheritances, and there was “day care” and “retirement insurance” in a place where everyone takes care of each other. Nobody felt that the government was responsible for their lives; they took responsibility for their own survival.

But what actually makes this possible? The answer is the environment. Clean water. Arable land. A climate where food can grow. Natural resources, like trees. And grandmother’s foresight and common sense to keep planting new trees for her children’s children. When people have access to a healthy environment, they have the resources to create value in society, being self-sufficient, creating their own “jobs” and a vibrant local economy.

One of my favorite places to visit is Alaska. I am always in awe of the sheer majesty and purity of the environment. Most of the people I speak with who move to Alaska feel that they can be self-sufficient with just their abilities, hard work, and the resources in nature. It just goes to show that strong, resilient, self-sufficient people can be found from the countryside of a Caribbean island to the Denali mountain range, equipped with nature and their own two hands.

Modernization has definitely blessed us all, helping us cure disease, making our work more efficient, and enriching us through technology. But if industrialization destroys the environment, people become dependent upon foreign sources for their basic needs. These foreign sources could potentially control their lifeblood as they become more vulnerable to conflict and foreign politics, losing their “true” freedom and crippled in their abilities to self-govern and be self-sufficient. In times of crisis when inflation gets out of hand and currencies are devalued, when a bubble bursts and the stock market crashes, and when there are trade wars that prevent exporting products, all we’re left with is our environment and our ability to survive. Without our basic needs, not even a digital economy can thrive.

If the environment is stripped and people’s basic needs are unmet, not even a digital economy can thrive.

Over the years, I’ve worked with governments around the globe on sustainable development, and the problems seem to share a common theme. Where people are struggling to survive, their ability to tap into environmental resources has somehow been stripped. This could be due to famine or natural disasters like earthquakes and hurricanes, exploitation and deforestation of land, political restriction on crops, or dependence upon foreign resources. When people cannot access a functioning environment, it leads to poverty, unrest, and even a country’s economic ruin.

On the flip side, if people have access to a healthy environment, with clean water, healthy food, renewable building materials, fiber for clothing, and other natural resources, then they can work and sustain themselves—just as my grandmother did 80 years ago. They won’t easily fall prey to disease, starvation, and scarcity. Instead, they create a thriving economy which organically grows from within.

Nothing can rival a healthy environment in terms of its capacity to empower the people.

It is mission critical for governments to make it a top priority to invest efforts in restoring and cultivating a healthy environment for the people. It helps to feed not just one generation, but all generations to come. It also provides a solid foundation from which the industrial and digital economies grow. The environment is a priceless treasure which no short-term government assistance can ever rival in terms of its capacity to empower the people. The environment is the key to the economy, opening the door to self-sufficiency, advancement, and long-term prosperity for a people who are ambitious and free.

About the Author:  Ria Persad is the President of the European Chamber of Digital Commerce and a Founding Director of the Caribbean ASEAN Voluntary Council for Sustainable Development Goals. Persad majored in mathematics and physics at Harvard, Princeton, and Cambridge Universities and was a Space Scientist at NASA. She is a Cambridge Commonwealth Fellow and Strategic Advisor to corporations and government agencies such as NOAA and the U.S. Department of Defense. She was appointed the International Renewable Energy Woman of the Year and was designated as one of the top 7 global leaders by the Platts Global Energy Awards. She holds citations from the U.S. Senate and the U.S. Secretary of Energy. Persad is the Founding CEO of StatWeather, ranked as the #1 Climate Technology globally, and is one of the foremost experts in solutions to mitigate natural disasters in the Caribbean and Asia. She has written Executive Briefings on Negotiation Strategies from Harvard Law and specializes in policy and solution-building for governments and corporations.